Let’s just say 2016 was pretty good to me, as far as Travel goes. I got to cross a few things off my list of things-to-do. This post is dedicated to 2016 (photo heavy).

January:  started in New York City. I’m fortunate to have been able to go to NYC for the last two January’s for work {tough job, i know…}. As this was my 3rd time, I still hadn’t been to Ground Zero. This year I finally made it and yes, it is quite emotional to even look at.

Below is a video walking by some of the names of those who died on 9/11. They are illuminated and the sound you hear is both the whipping wind and the water falling into the center (as seen above).

Grand Central station has a secret spot called the “whispering galleries.” I found it on Pinterest one day. I dragged my brother, his girlfriend and Brad to GC Station just for this and also so that brad could see this one small “black” spot on the ceiling. My brother did not believe these walls existed, in fact he made me ask! 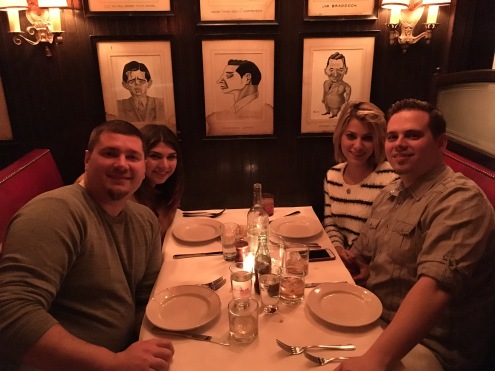 We stayed at the Bentley Hotel on E 62nd. It’s pretty north of things, but it was a work trip… Here’s a timelapse view from our room of the Queensboro Bridge. Pretty fun to watch the trams go by!

Ah, yes the “Rainbow” Bagel. After spotting this bad boy on instagram, I needed to have one of my own. Made Brad get up extra early to Uber to Brooklyn to get a dozen of them and couldn’t say no to the sprinkles cream cheese. Do you remember when these broke this Brooklyn Bagel store in February? Well worth the $50 Uber ride!!

For more photos of our trip check out my instagram, where I took Brad to Times Square, the Empire State Building and see what the inside of this “rainbow” bagel looks like.

MARCH:  I took small road trip north with my friend Katie to do some antique shopping in Round Top, Texas. Venders from around the states come to sell their antiques at this bi-annual event. 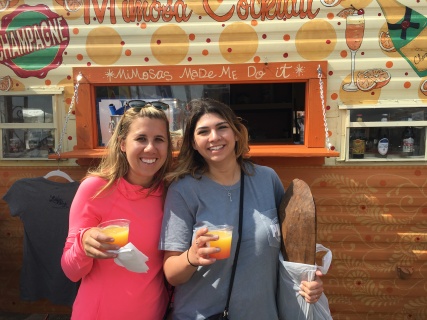 APRIL:  We saved quite a bit of money to take our next trip at the end of April.

A long 10 day adventure that started with a flight to Oregon, followed by a lengthy drive down the West Coast and then rounded out with an excruciatingly long flight to French Polynesia. Well worth the travel to get to such a beautiful place I’ve always wanted to visit!

Obviously, we were super excited to have reached the state line. We took photos with both signs!

Driving South from Oregon I saw my first Redwood trees.{Can you see the happiness?} I am so amazed by these trees, there is nothing like seeing something so large. Makes me excited to see the Grand Canyon!

We managed to make it through one drive-thru tree on day 1 after stoping at the beach and enjoying the PCH.

As we continued further south, we had planned to stay at a little BnB near Sonoma but plans changed along the way. Instead we stopped at Francis Coppola’s Winery for a small flight before making it to San Francisco. I think it was honestly the best choice we made to have 2 days in San Fran.

Below is a short video montage of this trip, including our arrival to Tahiti and Moorea.

Let me pause here to tell you a small story:  So last year I bought one of those Lifeproof cases for my iPhone, took it with me to Hawaii and never had a problem. Took the same case with me to Tahiti this year… On the second day, I found this pretty little shell. So I plucked it from the sand while I was snorkeling and set it on our dock. An hour later I went snorkeling again with my phone, videoing all the amazing humuhumunuknukuapua’a, {Yeah, try and pronounce that!} when all the sudden my phone screen turns BLACK.

Needless to say, I did not screw the bottom piece back on tightly and water got into my phone. Long story short; my phone was done, all photos and videos-GONE! OH my God, the stupidity… Lost it all, so any photo and video I have from Tahiti is from Brad and my Nikon. I was cursed, when the natives tell you not to touch anything, listen to them! That shit is real!

Moorea is absolutely stunning, as is post card-picture perfect stunning. I can’t make this up! The water is so clear you can see everything in it, including the small black tip sharks that feed on the reef at night. The most amazing thing we did was swim with the black tips here, Brad got some footage on his GoPro {disregard the dates, clearly he didn’t set this thing up correctly…men…}

MAY:  A few days after arriving home; I loaded up the car and drove to Austin for one of my best friend’s wedding. They got married at the Capitol, a small wedding of close friends and family were invited.

I spent only a night there and needed to return home to get back to work the next day. It didn’t stop me from finding one of Austin’s landmark wall murals to snap a picture with before leaving. (I lived in Austin for 8 years, it was time to be a “tourist”) 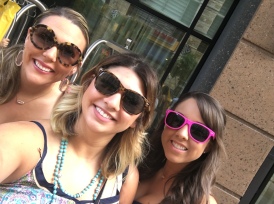 JUNE:  I had promised my cousin that I would come see her, since she was always making the trip down to visit us (family). She lived in Ft. Worth-before moving to South Korea to teach English for a year. 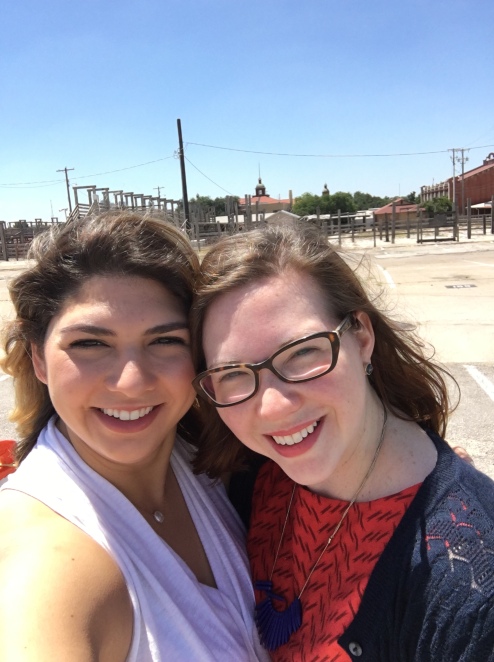 I made the lengthy 4 hour drive and I’m pretty sure it’s considered to be the “most Texan town” i’ve ever been to! She took me to the stock yard, museum, good eats, filled me with some classic Texas history and made me miss the bond we had as young girls. 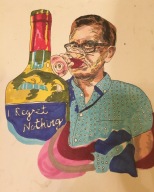 JULY:  Work took me back to the West Coast again (only this time it was a solo adventure). I signed up for a course that was based in San Francisco. While looking for flights I noticed it was cheaper to layover in Los Angeles versus direct. Since I had Sunday and Monday off (course started on Tuesday); I looked into leaving earlier and ended up finding a multi-city ticket that allowed me to stay in LA for 2 days, before getting to San Fran for work.

I spent my 2 days exploring LA’s museums (The Broad and MOCA), Sky slide and then driving out to Anaheim to the best place on earth:  Disneyland!

San Francisco was full of surprises and fun! I explored parts of the city that I didn’t get a chance to a few months prior. I went to SFMOMA, ate some really good food, hiked to Coit Tower, shopped on Ashbury & Haight street, stopped by pier 39, checked out the Palace of Fine arts while also making my way to the wave organ and froze my buns off {in the month of July}.

AUGUST:  3 weeks after that trip I was off to Puerto Rico for a bachelorette trip. Planning was pretty extensive for this trip, but managed to get done in just enough time to go on it. 6 girls flying in from several locations can be complicated! PR was interesting and a bit frustrating with hotel accommodations, but over all we had good time. Plenty of RUM PUNCH to go around! With Zika Virus going on, we skipped out on the luminescent bay but did enjoy plenty of time on the beach and enjoying ourselves. We walked through old San Juan and visited the National Park there. Really amazing views of the city. 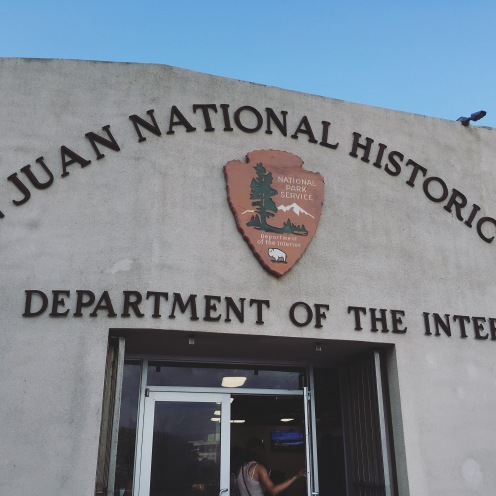 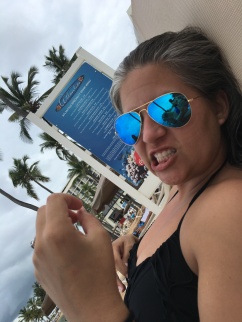 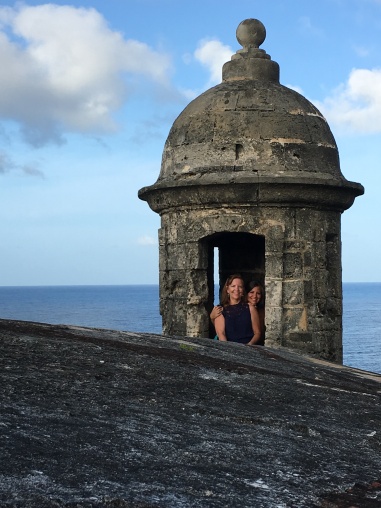 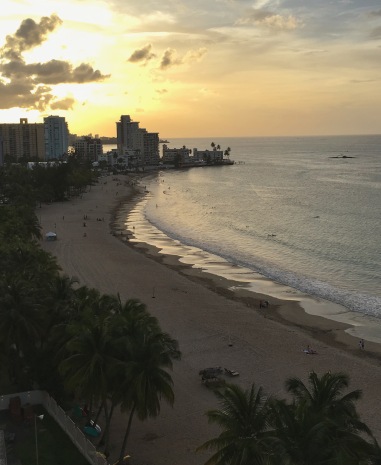 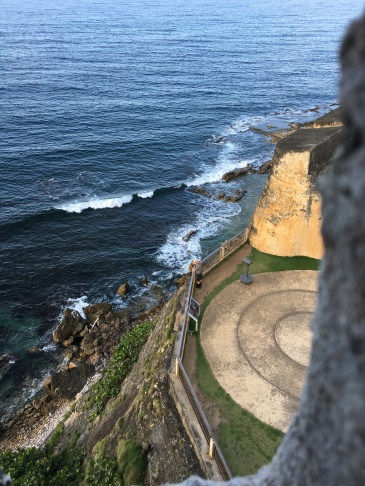 We did eat some pretty good food, I must admit. One of my favorite places we went in PR was called La Perla, which the interior is shaped like a clamshell. So gorgeous. It’s a perfect date night spot. 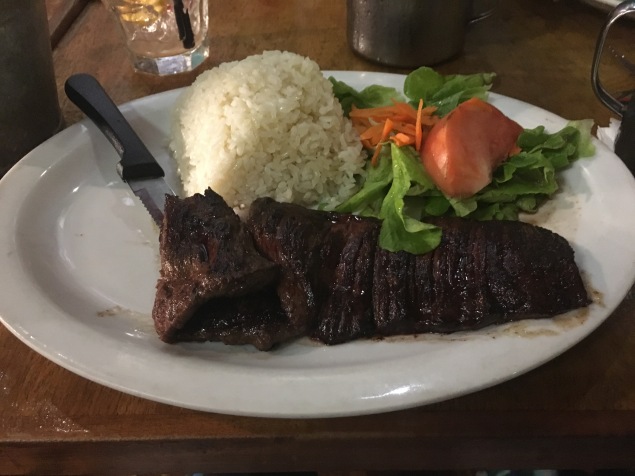 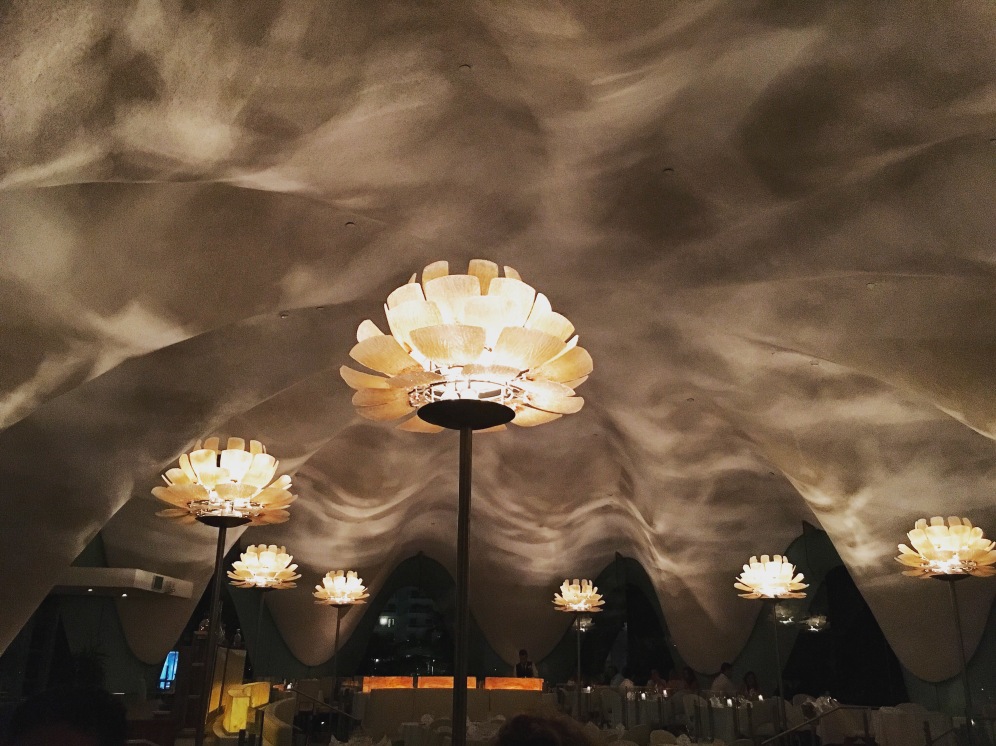 September:  Remember that wedding in May? Well they were expecting! I hosted her baby shower so back out to Austin I went! I did make quite a few things for the shower, they were too cute. A good friend of mine made the cookies, she has her own business in Austin (Butter Lovers Bakery). The shower was a “sprinkles” theme, sadly I didn’t get any photos of her baby books or the ice cream bar! 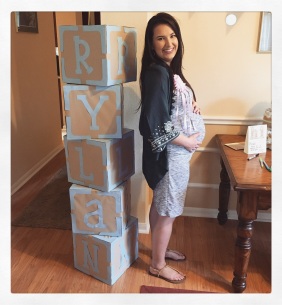 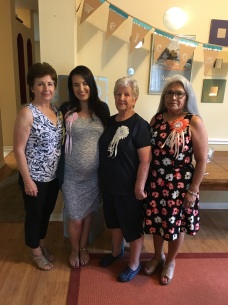 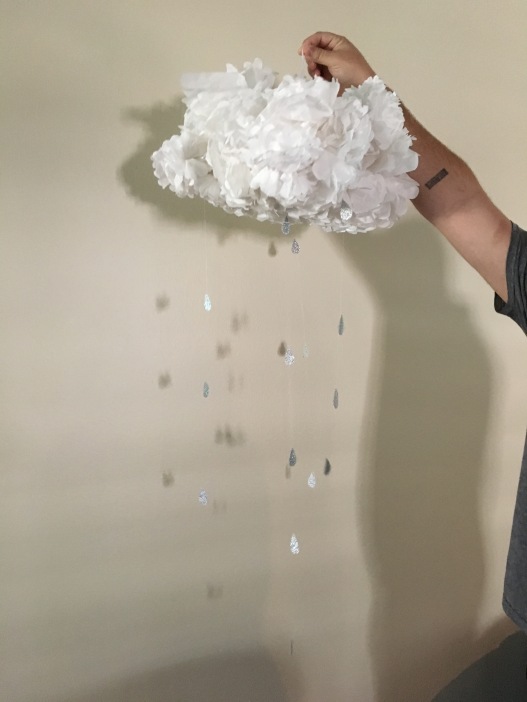 hand made cloud for the “shower”

October:   Things were pretty calm in September, not to mention we had plans to make a road trip to Atlanta for our best friends’ wedding (Full story in link). Here is a short clip of the trip.

November:  Not long after Halloween, little baby Rylan was born. Brad and I made it out to Austin to meet the little guy. 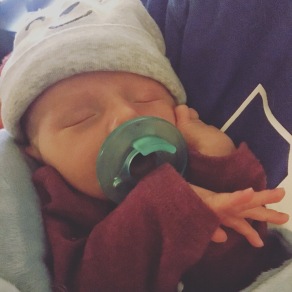 What a cutie! We only spent the day, but with all the rain we had from September-Novemeber we didn’t want to be driving around too much! Travel slowed down right before Thanksgiving, I’m pretty thankful for all my travels and family this year!

December:  So here we are, the last few weeks of the year. I am home for the Holidays and no plans to travel until 2017, but I am sure that you’ll be hearing from me very soon!