This past weekend we took a small road trip back to Atlanta {what is technically considered a “hometown” for me}. Brad grew up there, it’s Home for him. I have been passed between two cities my entire childhood; Atlanta being one.

Our trip consisted mostly of being a part of our best friends’ wedding, spending time with my in-laws, my best friend and seeing the only sites that matter to me!

Frist, I love weddings! Who doesn’t love love? Our friends finally tied the knot after denying their love for one another for several years of their friendship. Their love relationship started 9 years ago after Brad and I got married; I couldn’t be happier for them. The bride wore a soft blush pink gown, that my phone couldn’t even capture how beautiful it really was. The groom wore a Tom Ford suit. Brad and I were part of the wedding party, needless to say we had a good time! I must say though, I was feeling a little FOMO since the newlyweds headed off to Thailand for their blissful 2 week honeymoon!

The wedding was held in the heart of Historic Roswell (north of Atlanta) at the Roswell cottage. Such a cute venue.

No trip to Atlanta is complete without a visit to the Georgia Aquarium. I absolutely love this place! When we lived here, I decided to buy a membership because I needed to go so frequently (see photo below). Though some things have changed; like the petting pool that used to house baby black tip sharks and stingrays {one of my favorite things to do here} moved from the entrance to make room for the new sea lion show, they removed the sharks and added more species of stingrays to that pool. I can agree with some about their views of this kind of attraction {similar to that feeling I have of Sea World, which I will not attend anymore}, but the aquarium offers several conservatory and research missions at this location and elsewhere around the world.* These are things that make it worth the visit, they also offer serval events to help fund these missions. FYI, I’m a huge animal lover and supporter of conservation of the animal population. The Georgia Aquarium is one of the largest aquariums in the world and houses 2 Whale sharks, several manta-rays and various species of sharks and fish. In addition to all the attractions, there are several opportunities for visitors (including children) to learn about saving our oceans. This is a MUST see, like I said –not a complete trip without going here!

Tip: Look into buying early bird tickets, you’ll save $9 per person. Plus less crowds in the mornings!

Another great place to visit is across the way:  The World of Coca-Cola. I have frequented this place since I was a little girl; however, it is not the same as when I grew up. The original location was closer in downtown, near the Atlanta Underground and was called the Coca-Cola Factory. In fact, it was the actual factory back then. The most memorable thing from my childhood was walking up to the Coca-Cola factory and seeing the giant spinning lighted sign (now housed on the backside of the World of Coke, visible from the corner of Simpson St. & Centennial Olympic Park Dr.); walking into the factory and having real glass bottles of coke flying above you to be packaged and shipped off around the world. To make things even more memorable there were the liquid coke streamers shooting across the room like the ones they have at water fountains (think Bellagio water fountains in Las Vegas) above you.

Now that they have moved and changed the name, things are more about the history of Coca-Cola and the mystery that still lives in the recipe. One thing they kept like the original factory; but has now been expanded, is the tasting room. Yes, thats right. The. Tasting. Room. Where almost 100 flavors of Coca-Cola products from around the world can be tasted! Although I urge you NOT to try the Beverly drink. It still haunts me! At the end of the tour you will get a glass bottle of Coca-Cola, like they did in the past. (Always check the bottom of the bottles to see Where your coke came from).  We skipped the museum this time due to time constraints but made time to shop in the gift shop instead.  Here are some old photos from a visit The World of Coca-Cola in 2010 (interior/exterior). 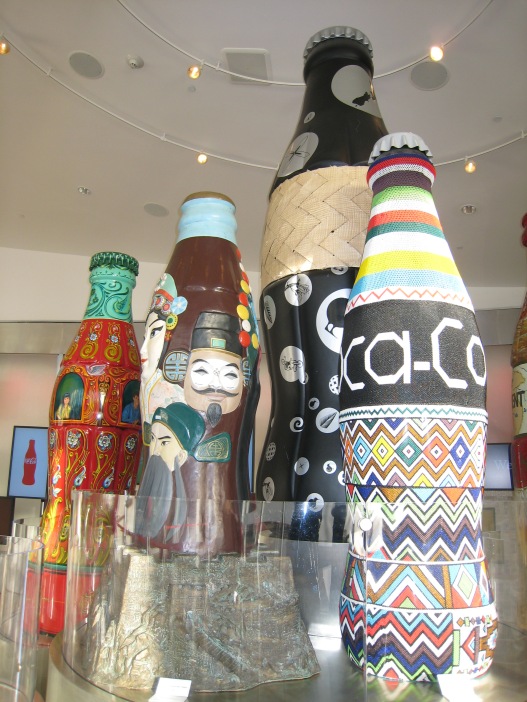 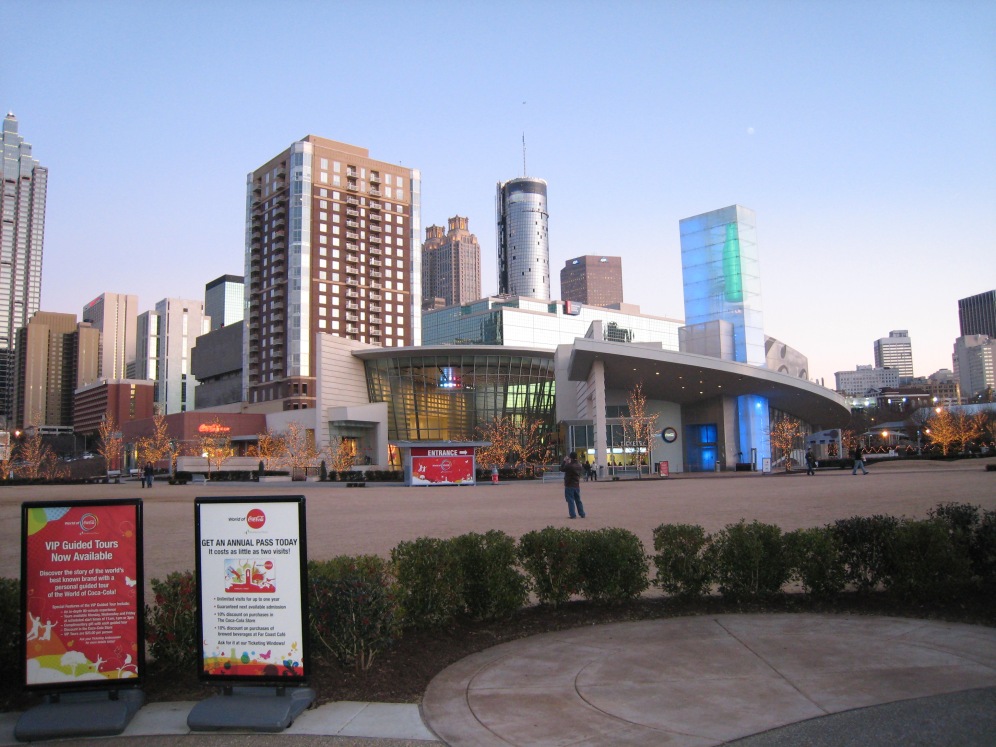 If you want to have something really delicious, stop at the Varsity. Where Hamburgers and Hot dogs can be consumed easily. The downtown location is the original and has been a long time icon in this city. The Varsity has finally branched out across the greater Atlanta area now but it was once a single location where the patrons were always yelled at, “What’ll Ya Have!?” The food is still made all the same with soft steamed buns and a choice to get your dog naked. I always go for a naked dog! It doesn’t need toppings… ketchup and mustard don’t hurt though! Now the “What’ll Ya Have!?” has slightly faded away as the workers aren’t as enthusiastic to yell it as they once were. Go have a dog or burger anyway–It’s an Atlanta staple and located across from the well known Georgia Tech University.

What was supposed to be a 12-13 hour drive turned into 18 hours this time. We spent almost 6 hours due to traffic from 18 wheeler accidents and made a few more pit stops than usual since we brought one of the pups (Jack) with us on this trip. There were a few things we learned along the way…

Bringing a small pillow (disney pillow pet-stitch) was a great idea, also laying down one of the back seats for Jack to have more room and made a good spot for one of us to nap {which was awesome}. Downloading an audiobook beforehand on a Wi-Fi network. We didn’t get a chance to listen to our book until the drive back. [Click on the link to see what book we listened to] Be mindful of the time you will be traveling, sometimes you will hit a major city at rush hour. We hit New Orleans at 5:30, so we stopped to grab a bite to eat and let traffic die down before continuing on.

Traveling can really take it out on you and your pets, best to let your pet stretch and run around at rest stops. It will allow them to be more relaxed and probably sleep in the car. It’s also fun to come up with interesting topics to chat about along the way. We made it a point to save the 2nd Presidential debate for the trip back home. This was a fantastic idea to keep us awake for the drive!

To sum it all up:

It’s always fun to travel back to a city you know so well. There are often nostalgic moments which are great to remind you how good the past was and how great the future is. I was so happy to spend time with my friends and family, it is always hard to say bye

2 thoughts on “Welcome to Atlanta…”